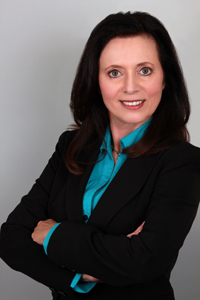 The portrayal of older women in the movie “August: Osage County” was so vile, it just rankled me and I now want to speak up about it.  I saw it at a screening for SAG-AFTRA actors (of which I am one) and I was about 12 feet away from the lovely and talented Meryl Streep in the Q&A that followed.

In the Q&A, I learned that the movie was based on a play and the play was somewhat auto-biographical.  In short, the male playwright/screenwriter, Tracy Letts, has portrayed a mean-spirited, dysfunctional family with the Streep character depicted as a foul-mouthed, abusive, cruel, drug-addicted harridan.

Now, this is not a film critique by any means, but I will share that I am tired of seeing super-talented actors take on these horrible character parts just so, in part, they can display their acting chops for the world.  Personally, I like being entertained, and frankly, the only reason I am watching some of these downer movies is to see the Q&A sessions afterwards and vote in the SAG-AFTRA Awards.  It also annoys me that the downer films are so often the ones nominated for awards.  Bring me the People’s Choice Awards any day!

Let’s get back to the thesis.  In “Osage County”, the Streep character says, not once, but several times, that older women are ugly.  She (the character) promotes the stereotype that men get more attractive as they age but women do not.  Look, since she was an ugly-on-the-inside character, I get her saying that older women are ugly once, but several times…come on…and saying it in front of and as an insult to her 3 daughters besides.  Jeez.

Older women ugly?  Here’s my answer: SCREW THAT.  I am not in favor of any movie that propagates such a stereotype.  And, of course, the great irony is that stars Meryl Streep, Julia Roberts et al are not only beautiful in point of fact but will continue to be beautiful at any age.

And that is the real thesis here.  Woman can be beautiful at any age.  It starts with how you feel about yourself; it starts with self-love.  Then it moves to how you project yourself to the world, and that starts with standing up straight, literally and figuratively.  You do not hunch over; you walk into a room and you stand up straight and project grace and self-confidence wherever you go.

And a key component of beauty is taking care of oneself because that is a key component of self-love.  And that’s where I come in, as a fitness expert and the author of the e-book, Lose Weight the Lazy Way: 25 Golden Rules to Success (http://lazygirlz.net/e-book/).  I’m here to help you match your outsides to your insides, to help you project your best, most beautiful self and ultimately, to help you just feel better about yourself.  In fact, I think I feel another e-book coming on about this very subject!

So, don’t buy into the negative stereotypes perpetrated by some screenwriter who is obviously emotionally damaged.  And don’t sell yourself short…ever, because you can be beautiful at any age!