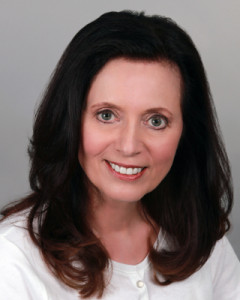 “YOU CAN BE BEAUTIFUL AT ANY AGE with JANET MARIE” is a new show just released which sends a positive message to all women!

Janet Marie is on a quest to bring the message that “you can be beautiful at any age” to as many women out there as possible and toward that end, she has just released a YouTube how-to make up show laced with Janet’s trademark sense of humor and – gasp – never-before-released photos of Janet without any make-up!  You can see the show on the Videos page of her website, http://lazygirlz.net or directly on YouTube at http://youtu.be/2zk29BMHZ9Q.

Janet Marie’s fitness venture, LAZYGIRLZ.net has attracted the interest of a major  Hollywood production company for a network reality show in development.  More to come…we hope! 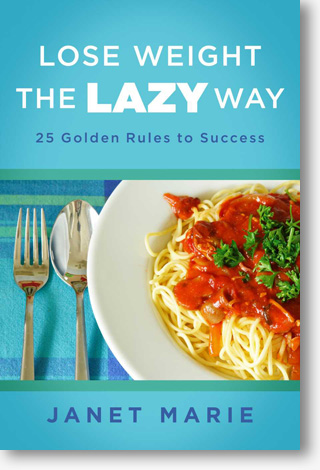 These are just a few of the simple and easy-to-follow rules that author Janet Marie advocates in her new e-book, LOSE WEIGHT THE LAZY WAY: 25 Golden Rules to Success.  This new release may be the ideal weight loss guide for women over forty who want to lose weight and get in better shape… the lazy way!

LAZYGIRLZ.net Founder Janet Marie asks of the readers: “Why work so hard and fail at one yo-yo diet after another when you can just follow simple rules to get you going on the lazy path to weight loss success?”  Toward that end, the author presents practical tips so that the readers can identify their food mistakes, get motivated and get started.  They learn to tweak their food choices, portion sizes and calorie-counts within the context of their existing diets until they get the right balance in order to watch those unwanted pounds melt away.

The key benefit promoted is that “lazygirlz”, as they are termed throughout, can achieve weight loss success without ever feeling the stress and deprivation that so often accompanies “dieting” for so many women.  In short, the LAZYGIRLZ™ system advocates an easy-does-it, gimmick-free approach that works over time and with only minimal effort.  Perhaps best of all, there’s room for cheating on this system; one of the rules is even called “Cheat and Treat”!  On this diet, Marie says you can “have your cake and eat it, too… literally”!

Marie herself is living proof that the LAZYGIRLZ system works.  Janet Marie lost three whole Misses’ sizes on her petite frame by following her own rules and she successfully lost all the weight she’d gained since her mid-forties.  For before and after photos, see http://lazygirlz.net/e-book/.

LOSE WEIGHT THE LAZY WAY is full of personal anecdotes and is peppered with wry and entertaining remarks to keep it flowing and relatable to all.  However, of utmost importance in terms of the book’s approach, is that it seeks to help women deal with their relationship to food.  Many women facing weight issues have had a love/hate relationship with food but here, it is presented as a win/win. As Janet Marie says:  “Love your food…and it will love you back”!

LOSE WEIGHT THE LAZY WAY is author Janet Marie’s first e-book.  It was released in the fall of 2013 on all major e-book outlets via its distributor, BookBaby, and released just in time for the inevitable, post-holiday diet frenzy!

This e-book is very personal to Janet Marie.  It is not a science book and she is not a nutritionist; however, Marie has an extensive background in dance and fitness and is an Honors graduate of the Theatre Arts/Dance Department of Smith College.  She has approached the topic of LOSE WEIGHT THE LAZY WAY as a body-conscious dancer who understands the need for balance between mind and body in the form of eating right and keeping active.  Mostly, she wants to inspire women to lose weight and get in better shape…without trying too hard!

Marie says she now feels great and wants to share her story and bring hope to the millions of women out there who have suffered from weight loss issues like herself.

Marie is an entrepreneur, ASCAP music producer/writer/publisher and SAG-AFTRA performer.  Currently, she is focused on her LAZYGIRLZ, LLC venture which features the website, http://lazygirlz.net.  The site promotes the e-book and upcoming fitness video(s).  A free refrigerator magnet is also offered there.  This newest venture from Janet Marie combines all of her interests in fitness, dance, music, video and especially… food!

LAZYGIRLZ, LLC is proud to announce the launch of its of official website,  LAZYGIRLZ.net, dedicated to helping women over 40 lose weight and get in better shape…the lazy way!  A fitness DVD and E-book are slated for launch in 2013 to inspire and help women achieve their fitness and weight loss goals…without trying too hard.  It’s the opposite of the boot camp approach to weight loss and we think everyone whose sick of being on the diet yo-yo treadmill can finally breathe a sigh of relief.  it’s the Lazy Way to Weight Loss and it’ here to stay!

Fitness instructor and entertainment professional Janet Marie is the founder of LAZYGIRLZ.net and the inspirational force behind the site.  To read more about Janet Marie and her goals for this site, click here.